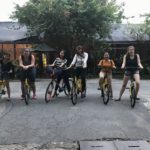 esting development in 2017’s Twinning project was a certain cluster of participants that had formed in southern China, specifically Guangzhou. Therefore it was no real surprise that a semi-spontaneous meet-up was organized in the Guangdong metropolis. Participants included 2016 twinning alumnis, 2017 twinners and the organizers of the Social and Environmental Justice part of the Twinning Program.

The topics among the group ranged from their own fields of work including environmental protection, zero waste, sexual education, cultural heritage preservation, etc. to the intricacies of being a twinner, as well as the follow-up projects that had or might happen through the Robert Bosch Foundation’s support.

An interesting, purely female twinner and alumni group met up and shared their knowledge and experience, formed new connections and as far as we organizers know, have stayed in touch ever since. And who knows what great co-operations might grow out of the roots that formed through the EU-China NGO Twinning Program. 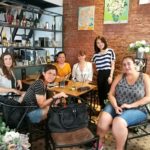