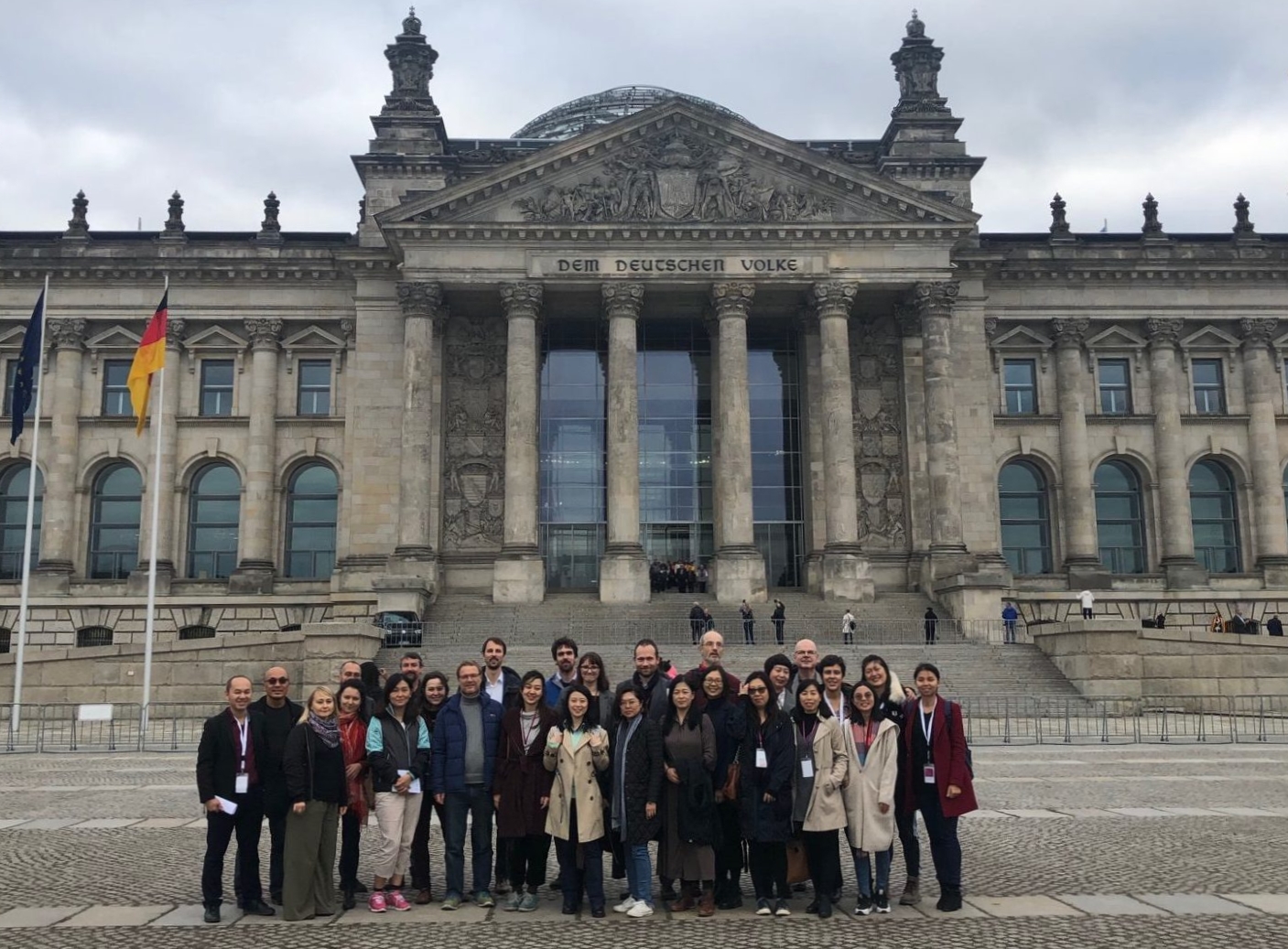 Set during the exchange period of the Chinese program participants in Europe, the workshop week with its various side events offered opportunities to promote the  EU-China NGO Twinning Program and to facilitate future civil society partnerships. Twenty program participants attended the presentation training during the workshop, the fieldtrips and side events. More than ninety people from different Chinese and European organizations and institutions joined the open event at the Robert Bosch Stiftung’s Representative Office on the final day on October 18. 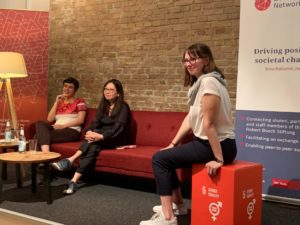 With the aim to share insights and ideas about the role of civil society organizations in all areas, the week kicked off with a discussion at the International Alumni Centre of the Robert Bosch Stiftung entitled “Monday on the Couch – Gender in Europe and China” on the October 14. The event was hosted collaboratively with the Bosch Alumni Network (BAN) at the IAC’s Community Space. Joanna Klabisch and Christian Straube from the China Program of Stiftung Asienhaus briefly introduced the role and progress of transnational feminist movements, particularly in the scope of climate change. The latter was then more deeply discussed by Isadora Cardoso from GenderCC. Cai Lingping from Health for All Beijing shed more light on the structural linkage between the efficiency of climate change policies and the inclusion of women in the formation of such policies on local and national levels.

Structural constraints, imposed by the state and society, were hereby at the center of the panel dicussion and the audience’s questions. The conversations were continued in a cozy atmosphere during the evening buffet. Generational as well as cultural aspects of gender equality processes played a not insignificant role in the discussion. The Beijing Platform for Action, a milestone for women’s rights is celebrating its 25th anniversary in 2020.

During the following days, Moritz Meyer, a lecturer from the University of Hamburg, and Darren Mc Veigh, a private lawyer, exclusively conducted a presentation and interactive formats training for the EU-China NGO Twinning Program participants. The training was aimed at improving the skills and capacities of civil society organizations to communicate their goals on a local and global level. The trainers applied participatory teaching techniques, combined method training with practice and counselled twinning participants individually. 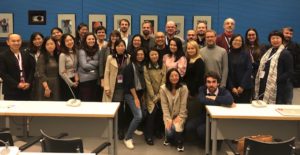 In the afternoon of October 17, the China Program of Stiftung Asienhaus had organized an exchange of the EU-China NGO Twinning Program participants with Stefan Liebich, Member of the German Parliament for the Left Party, at the Bundestag. Exchange topics included the history of Berlin, social perspectives on climate change, German climate change policies and Sino-German relations.

During a second field trip on October 18, the EU-China NGO Twinning Program participants visited the Tempelhofer Feld. The field, an airport before 2008, has ever since become a sphere of civil society engagement. At the “Almende Kontor”, Susanne Jacobs, a landscape architect and urban gardener, introduced the group to one of the largest urban gardening projects in Berlin. Citizens worked hundreds of small garden plots at the Kontor.

At the open event at the Robert Bosch Stiftung’s Berlin Representative Office, the EU-China NGO Twinning Program participants presented their exchange experiences and discussed their work in the context of European-Chinese civil society cooperation. 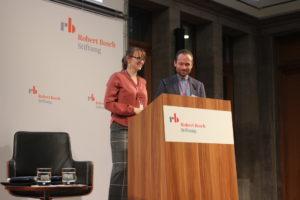 The Welcome Address was followed by three EU-China NGO Twinning Program participant presentations. Participants focused on the experiences and challenges within the NGO exchange as well as the shared practices of climate change activism in their respective local target communities.

Viktor Bjelić, Vice President of the Center for Environment in Bosnia and Herzegovina, shared his impressions about the public awareness campaigns of his Chinese Twinning NGO Laukai Conservation. The Chinese NGO invites locals for fishing and filtering activities in the nearby riverbanks to comprehensibly show them the consequences of water pollution. Together with his Twinning partner Zhang Jiayi, Project Manager at Laukai Conservation, Bjelić elaborated on the possibility to transfer this citizen-oriented approach to his own community in Banja Luka.

The following Twinning fellows, Dai Huxuan, Primary Observer from the Shanshui Conversation Centre, and Achim Hertzke, Board Member of the German BUND NRW, also each shared their respective key learning moments from the exchange program. While Dai noticed the remarkably different focus of German NGO’s on bee and wildlife preservation, Hertzke emphasized the diverse infrastructural conditions and challenges of the Chinese civil society’s working scope.

Last but not least, Wan Pak Kin, Officer at the Labour Education and Service Network, and Matthias Haberl, Education Consultant from the Austrian NGO Südwind, talked about their continued partnership experiences since participating in the EU-China NGO Twinning Program in 2018. With a focus on labor rights and the strengthening of worker’s self-organization, the Twinning fellows presented their mutual capacity building initiatives to maintain their sustainable, transborder partnership. 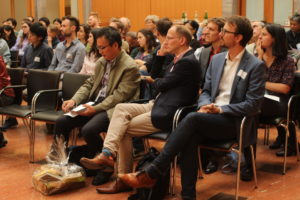 The session was followed by an analytical approach to transnational civil society cooperation presented by the International Civil Society Center (ICSC). The center works on strategically developing ties between Chinese and globally active civil society organizations.

Vicky Tongue, ICSC Program Manager, and Bertram Lang, Research Fellow at the Goethe-University, explored possible guidelines for Chinese-European NGO cooperation in the context of contemporary Chinese politics. Based on the outcomes from the “Scanning the Horizon” study, Tongue and Lang presented their recommendations for an efficient, global China strategy, including a cross-cutting approach, a stronger reference to UN commitments as well as new Chinese fundraising strategies despite legal restrictions in mainland China. The aim is to enable and empower civil societies to deal with the impacts of the growing influence of China on global governance and the UN system. 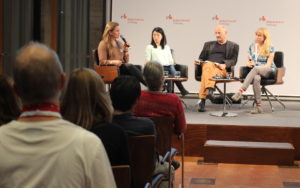 Oliver Radtke, Senior Project Manager from the Robert Bosch Stiftung, Joanna Klabisch and Christian Straube from Stiftung Asienhaus, opened the penal discussion on climate change and its implications for civil society. The disdussion was moderated by taz journalist and Asia Desk editor Sven Hansen. Hansen welcomed and introduced Lu Zhiyao, Program Manager from the SEE Foundation, Rebecca Freitag, UN Youth Delegate on Sustainable Development, and Julia Christian, Forest Policy Advisor at Fern. The panelists elaborated on various challenges of climate change activism, such as the potential generational gap in the prioritization of the topic, or the misuse of activist rhetoric by corporate enterprises for goals of reputation-building.

The day ended with final words by Stiftung Asienhaus. Joanna Klabisch and Christian Straube looked back at seven years of the EU-China NGO Twinning Program, its constructive challenges as well as the long-lasting, international partnerships it created. The participants, supporters and audience members concluded the evening together with an inviting buffet and more fruitful conversations. 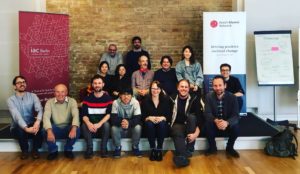 An alumni workshop for previous participants of the EU-China NGO Twinning Program concluded the workshop week in Berlin on October 19. Former Twinning participants discussed opportunities and challenges in developing an efficient network at the International Alumni Center (IAC) of the Robert Bosch Stiftung. More than 150 people are part of the Twinning Alumni Network (TAN). Several have already started their own follow-up projects. They have contributed significantly to promoting mutual trust and an exchange of ideas between Chinese and European civil society organizations.