On 22nd of October, the seminar “Tackling common issues: Chinese and European NGOs working on bank monitoring, zero-waste, agriculture, chemical safety, climate change, and NGO-training” was organized by the Stiftung Asienhaus in cooperation with Bread for the World in Berlin.

During this workshop the Chinese and European participants of this year’s second round of NGO Twinning exchange introduced their organizations and common work focus. They also presented the results of their cooperation and reflected on the impact of the exchanges.

In the introduction Dr. Sausmikat gave a short overview on the development of civil societies in Europe and China over the last century, explaining the roots of the different civil societies as well as different functions. 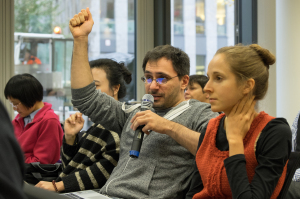 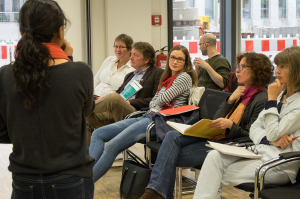 Also, this seminar was the inaugural meeting of the first years Alumni-and therefore the first action of our newly formed Alumni network. Four alumni reflected on the sustainability of the program. Dave Caley (Chickenshed) gave a very fascinating presentation on all the different activities which are still ongoing with their partner in Hunan. Also, BothENDS and Green Watershed continue their cooperation and even got involved with the new Twinners working on bank monitoring. Green League was highlighting the big potential of an EU-China NGO Alumni network. 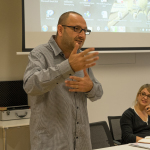 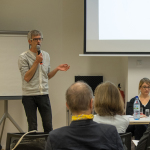 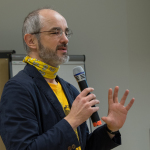 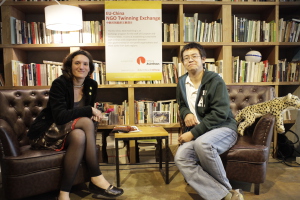 The new NGO Twinners managed again to create an atmosphere full of energy and dedication.  Arnika and The Nature University (similar to Green Beagle also connected to the famous journalist Feng Yongfeng) are both quite experienced organizations and thus can start their cooperation on a highly professional level. Both are involved in the International POPs Elimination Network (IPEN) for a toxic-free future. The joint project was implemented under an umbrella of IPEN perfectly fits in the overall focus of both organizations.

The twinning allowed them to gain new data on Chinese cases of mercury pollution, dioxin contamination in eggs as well as fly-ash data. Jitka Strakova from Arnika reflected: “This exchange was a great opportunity to build stronger networks and jointly fight for a toxic-free future.” Mao Da from Nature University highlighted that it is crucial to work together on the Basel and Stockholm convention and on the usage of the fly-ash reports and jointly create a global egg report. Both want to create a new discourse on the national level how to implement the Stockholm and Basel convention.

Four of the Twinners are working in the field of agriculture. Their focus is to strengthen small-scale farming and organic farming. More common issues are more independence from commercial seed banks, fertilizer and pesticide companies and securing the livelihoods of farmers in the world. IFOAM will train Chinese NGOs in the alternative certification method PGS (Participatory Guarantee System) while the South-Chinese NGO Pesticide Eco Alternative Center (PEAC) will bring the 2000 m2-Project of Save-our-Seeds (http://www.2000m2.eu/) to China.  Both are engaged in saving traditional farming knowledge. 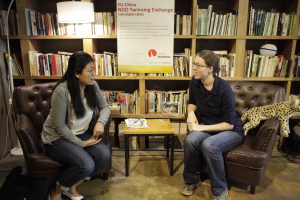 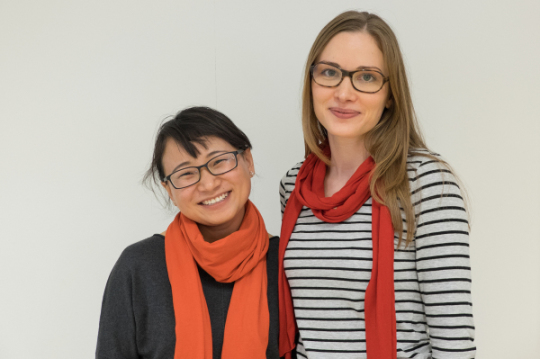 PPT Save our Seeds 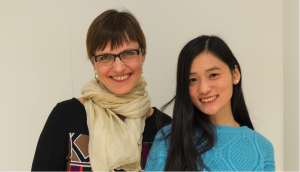 Cleaning the whole country of Estonia from illegally dumped solid waste in just one day – the short video of the Estonian NGO “Let’s Do It” slingshot the audience into revolutionary mode. Their next plan is to establish Estonia as a zero-waste country model, which would really equal a revolution. Illegal waste dumping is a big problem in both regions and needs civil society alliances to protect the environment and the health of the population. No smaller project than to find a suitable clean-up model for China is the goal of this partnership. Both valued their collaboration as very helpful especially for establishing partnership networks for gaining a stronger voice for a (global) clean-up model.

Introduction video Let’s do it

CEE Bankwatch Network and Global Environmental Institute partnered up to jointly monitor investments of Chinese policy banks in Eastern European countries. Similar to most of the participating NGOs they are engaged in the implementation of the Environmental Impact Assessment (EIA) regulations. Both want to stricter monitor the energy sector developments in south-eastern Europe with an emphasis on the benefits for the region. The work of CEE Bankwatch also could foster the work of GEI in a very similar field in Myanmar. GEI emphasized that the work of the 2013 Twinners directly linked up with their project and represents one step further in monitoring the Green Credit Policy. For Chris Dunn, who is representing GEI, it was a “great adventure” to have Wawa Wang from CEE as partner since many future cooperation ideas especially concerning projects on Southeast Asia developed. 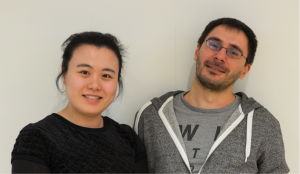 Sandbag Climate Campaign and the Center for Legal Assistance to Pollution Victims (CLAPV) are both working in the field of Emission Trading Schemes (ETS). Sandbag, as a carbon market watchdog is analyzing climate policy objectives as well as outcomes and lobbies directly with politicians in the UK and Europe for securing European climate targets and environmentally effective climate policies. CLAPV is commissioned by the Chinese government to conduct research for the upcoming law on Climate Change, with a focus on carbon trading. While in London, Chinese exchange fellow Bingcheng has so far gained insight into Sandbag’s research and advocacy approach, and has moreover informed different stakeholders on the China’s ETS situation and related projects.

The latter activity is closely related to Sandbag’s objectives for the exchange in China (in November 2014). With China’s ambition to establish a national ETS system, advocacy organizations such as Sandbag have a strong argument at hand to get EU politicians move faster in the development of their own policies. Moreover, European exchange fellow Alex hopes to contribute to CLAPV’s expertise on ETS design errors than can be learned from the European experience. 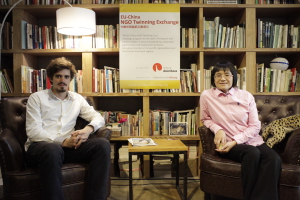 Pro Bono Lab and Beijing Huizeren valued their up to now exchange experience as a true occasion of “knowledge sharing”. Pro Bono Lab mobilizes teams of volunteers to provide pro bono consulting services (from marketing and communications to strategy, finance, HR, web and legal services) non-profit organizations. Beijing Huizeren is likewise brokering and managing Pro Bono services, and provides a variety of training to volunteers. During European exchange fellow Antoine’s stay in China attended several leadership and volunteer training seminars, where he shared the concept and key lessons from Pro Bono Lab experience of their Pro Bono volunteer management process. He also participated in a Pro Bono event to draft a development strategy for a social incubator organization. Antoine’s  impression: For Chinese social organizations, at least for Huizeren beneficiaries, there is a big need in strategy and in IT skills. Pro Bono projects have an impact on the way they manage their programs, helping them to have a better organization. Although volunteering emerged only recently in China, the non-profit sector is still young, full of potential and moving quickly.

The closing panel triggered valuable inputs on ideas how to form a new network based on the cooperations between the NGO-Twinners. An amazing number of new and even cross-topic partnerships and support-networks were another result of this seminar. After a long day, the audience as well as the presenters and organizers where happy to join for a farewell dinner.